What God Cannot Do Does Not Exist

We are committed and responsible disciples of Jesus Christ.

We are the heart that embrace all with love.

We are an International Light House.

We are committed to the maturity of the Saints.

At Streams of Joy International, we never miss a single service. Join us online for all our service

Start your day with a word from the masters feet. Be inspired and uplifted as you receive insight into God's Word.

Welcome to Streams of Joy International

Jerry Uchechukwu Eze is the Lead Pastor of Streams of Joy International - A church beyond a church, an unprecedented revolution, a movement breaking limits, ravaging long standing systems and structures crossing lines and taking the world by storm.  Streams of Joy has over 16 branches spreading across Nigeria, United Kingdom, South Africa, Canada and the United States.  Pastor Jerry has the largest ever growing online prayer meeting – New Season Prophetic Prayers & Declarations.   It is watched by thousands across all social media daily, and is famous for incredible miracles, terminal diseases being healed, raising the dead and the fruit of the womb.

The Impact of this Global prayer platform has indeed been massive, the evidences are undeniable, bringing the entire world to a standstill and catching the attention of renown global institutions such as the CNN amongst many others who have rated Pastor Jerry’s YouTube Chanel as number 1 in the world. As they say, Pastor Jerry’s level of influence through the NSPPD is a phenomenon worthy of in-depth study, this manner of success in the use of Social Media to advance a cause is completely unprecedented. Indeed, What God Cannot do, does not exist.

Interestingly Pastor Eze was a former communications specialist with the World Bank Project on HIV/AIDS. He went on to the United Nations where he eventually resigned and went into full time ministry.   Pastor Jerry’s message is revival, his identity is prayer and his passion is to see everyone he comes in contact with, experience the supernatural touch of God.

Pastor Eze is a devoted family man who is married to Pastor Eno Jerry and have two lovely children Samara and Jerry.

You’ve been created with gifts and passions to use

Oh Lord Settle Me. My Time Is Now 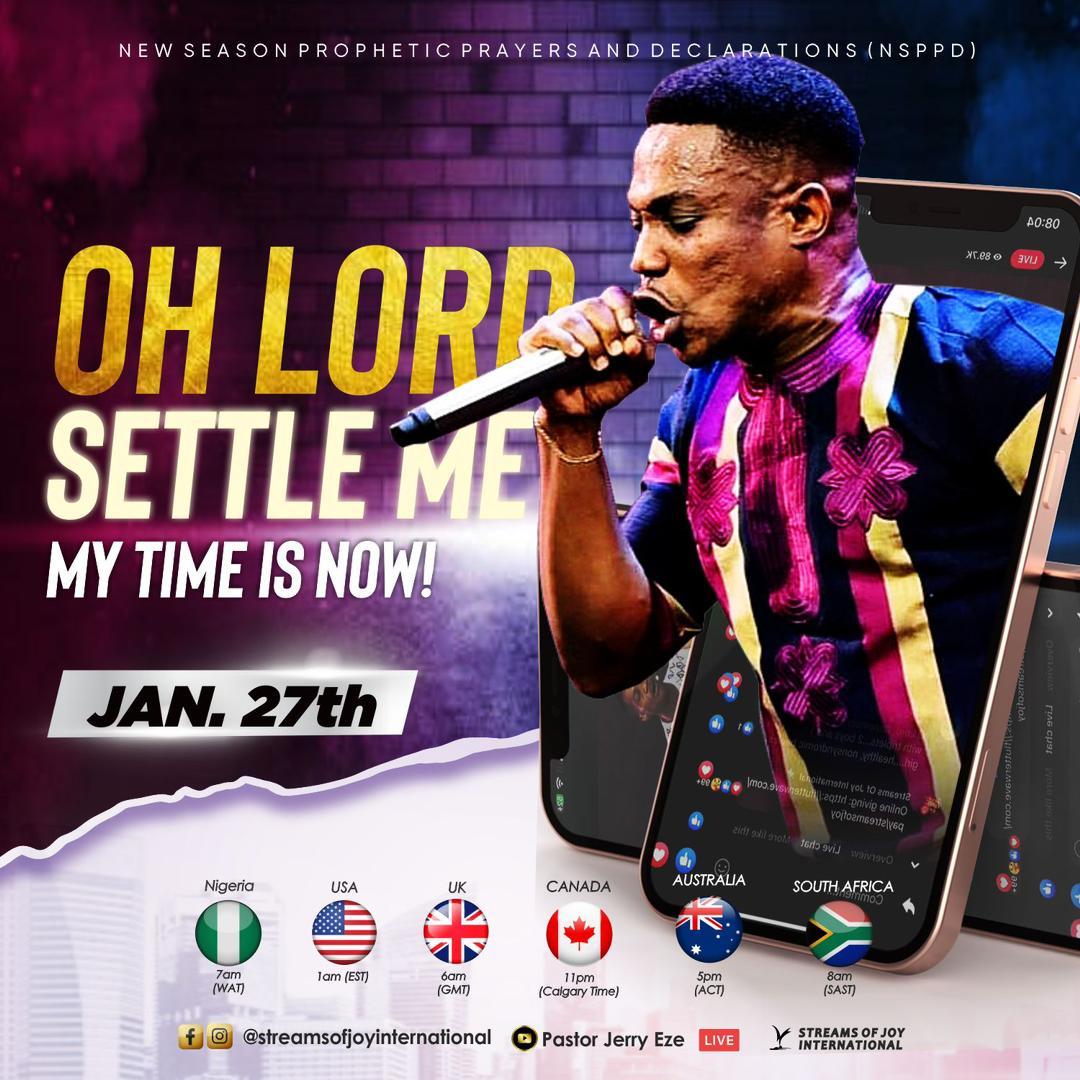 Streams of joy is church made up of people from many ethnic backgrounds and nationalities with thousands of worshippers in all her expressions in different Parts of the world.